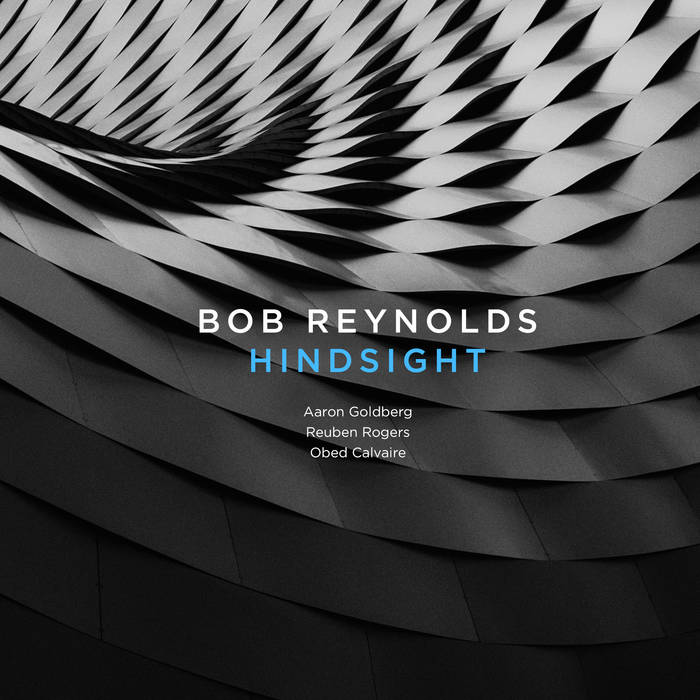 biketony I absolutely love this album. Sax and piano mix so well on this one. Really dig all 11 of the Bob Reynolds album’s on band camp.

Peter Jones And... another drummer I want to hear more of. Obed Calvaire makes the whole thing just sound so... well, it's perfectly executed jazz. No luck finding much else of his stuff on Bandcamp.

Which is sad, as his style is different from that on Bob's other 2008-era work.

Unsurprisingly, the tracks echo some of those from "Can't Wait For Perfect", with the trio of Bob, Aaron and Reuben showing their common feel.

Bob Reynolds is an impressive tenor-saxophonist with an original tone who has gained fame for his work with Snarky Puppy and John Mayer. Hindsight is his seventh CD as a leader and his first studio album leading a classic jazz quartet.

Reynolds was born in Morristown, New Jersey and spent much of his childhood growing up in Jacksonville, Florida. While he was originally interested in film music and becoming a director, once he started playing the alto sax in junior high school (three years later switching to tenor), he became devoted to becoming a musician. Reynolds gained experience playing with much older musicians in the Beaches Preservation Swing Band, worked locally, and earned a degree from Berklee where he had influential lessons from Hal Crook and George Garzone. After moving to New York he performed in a wide variety of styles with many groups including five years with singer-songwriter Jonah Smith and six on which he toured the world with John Mayer. Bob Reynolds, who moved to Los Angeles in 2008, has in recent years been playing, touring and recording with Snarky Puppy; he is featured on We Like It Here.

“My agenda for the CD,” says the saxophonist, “was to use a traditional tenor-piano-acoustic bass-drums quartet and create some unexpected colors and sounds. I sought to create the illusion that this is a larger band than it actually is, as if there were (sometimes) a vocalist and a soloist.” The music on Hindsight was recorded a few years ago. “We recorded too much material,” he admits, “and these performances were put aside until I recently rediscovered them and immediately knew they had to be released.”

Bob Reynolds met pianist Aaron Goldberg when he was attending Berklee. After moving to New York, Joshua Redman re-introduced them at a rehearsal. “Aaron was always very encouraging to me, liked my songs, and was an early mentor of mine. He is one of my favorite piano players, so swinging and such fun to play with. Through him I met bassist Reuben Rogers. Both of those guys have so much joy in their playing in addition to their incredible command of their instruments. They make everyone else play better. At the time of this recording, I was playing with drummer Obed Calvaire in two different bands; he fit in perfectly with Aaron and Reuben. I gravitate towards players who are really steeped in the tradition of blues, swing and bebop and yet are not stuck there, also equally loving funk, soul and r&b. These three musicians are very flexible and have deep vocabularies, but always serve the music.”

Throughout the seven Bob Reynolds originals that comprise Hindsight, the music is difficult to classify as anything but modern open-minded jazz. “Ready Set” sets the stage for the rest of the CD. It is a relaxed piece that has a soulful groove, a lot of space, and is notable for the interaction of the four players with Reynolds and Goldberg often trading off ideas. In contrast, “Step Aside” is a powerhouse tune that has a fiery tenor solo and an infectious piano section over the heated rhythm section. The music is both creative and funky.

“When It’s Over” features another side of Bob Reynolds. “At the time I wrote this, I was touring with John Mayer. I love playing with singers and I enjoy getting to be the soloist inside a pop song. On this ballad, I function as both the vocalist singing the melody and then the soloist.” The somber piece builds up gradually and has Reynolds sometimes recalling the always-soulful Stanley Turrentine in his solo.

The introspective “Swedish Blues,” which was written at 3:30 in the morning in a cold hotel room in Chicago, evokes long dark nights and picturesque dreams. The leader displays a haunting tone that perfectly fits the mood of this piece.

“Fight Or Flight,” was originally composed for a dance company featuring piano and oboe. “But after we played it a bit as a band, it became a mini-epic.” The dramatic music, which could work well as a television theme song, is quite cinematic and features Bob Reynolds’ tenor playing at its most passionate.

“Silver Lining” is a melancholy ballad which the quartet interprets with quiet but emotional intensity and admirable self-restraint. Reynolds and his musicians caress every note during this mournful piece which also expresses a bit of hope during its closing section.

Hindsight concludes with the energetic “Late In The Game,” a high-energy performance that has the feel of a rock song but is played with the sophistication of the top jazz artists. It makes for an exciting closer to the memorable set.

Throughout this program, Bob Reynolds succeeds at integrating jazz and improvisation with the pop and rock grooves that have long attracted him, blending together aspects of r&b, soul and rock in his classic jazz quartet. Hindsight is a recording that rewards repeated listenings and ranks as one of his strongest and most rewarding recordings to date.

—Scott Yanow, jazz journalist/historian and author of 11 books including The Great Jazz Guitarists, Jazz On Film and Jazz On Record 1917-76.