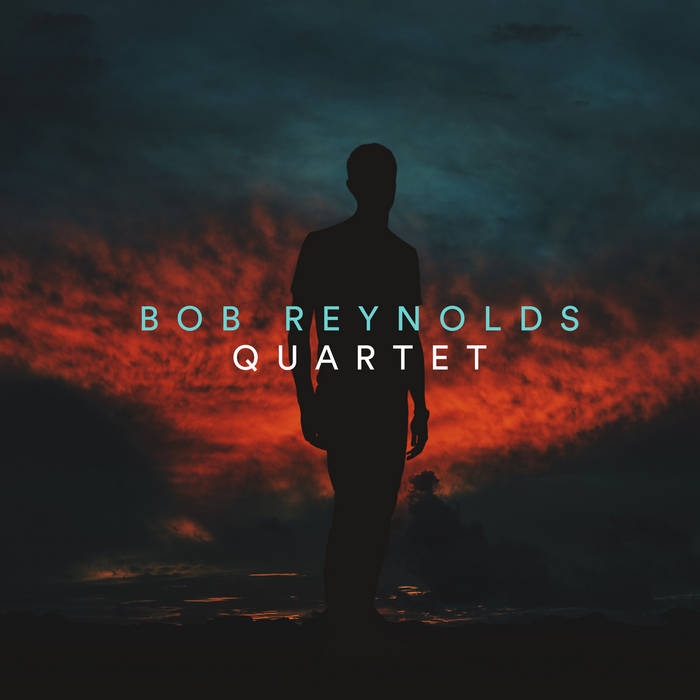 Rob O. My new Favorite Tenor Sax player! He's not actually new, but I am just recently discovering his discography and the history of this incredible west coast talent! Pure joy to my ears! Thank you Bob!
more...

Tenor-saxophonist Bob Reynolds has uplifted many sessions through the years including working with Snarky Puppy (with whom he recently won a Grammy), John Mayer, and as the leader of eight previous CDs. However he considers the ensemble featured on Quartet to be his first regular band. “It’s not just a few guys playing a gig or an all-star group. This four-piece unit has played together for a couple of years—including a monthly residency at Los Angeles’ famed Baked Potato jazz club—and we’ll soon be touring Europe and the UK. “Things have been really progressing and I wanted to capture our chemistry on recording. This is the first time I’ve led a group that reached this level.”

Bob first met bassist Janek Gwizdala 20 years ago when they both attended the Berklee College Of Music. “He’s long been one of my closest friends. Regardless of who else might be in a group, when he is on bass, I’m not the slightest bit worried. Janek is not only an incredible player but our conceptions match up very well and he really knows my music.” Reynolds met drummer Chaun Horton ten years ago after moving to Los Angeles. “I love Chaun’s dynamic range, enthusiasm and ideas. He can be a ferocious drummer but also be extremely sensitive and quiet.” The saxophonist has often worked with pianist-keyboardist Ruslan Sirota during the past five years. “Ruslan is also a very sensitive player, giving the music whatever it calls for. These three guys can practically read my mind and always seem to know what I want out of the music.”

Proof of that statement can be seen in the fact that all of the performances on Quartet were recorded in one day, partly before a live studio audience. The program begins with “Crush,” a melodic tune that seems simple but packs a lot of power as it builds. Note how Reynolds’ final solo phrase is joined spontaneously by Sirota, creating a gentle transition into his piano solo. The music is both thoughtful and full of inner tension.

“Down South” has a catchy melody, an infectious groove that one could imagine Stanley Turrentine enjoying, a surprise quote of “Eleanor Rigby,” and an adventurous piano solo by Sirota that reminds Reynolds a bit of Lyle Mays’ playing with the Pat Metheny Group.

“Hollywood Startup” could be a soundtrack to a silent film about a hopeful moving to Los Angeles with the dream of becoming a star. “It has hope, struggle, and a quiet acceptance at its end, as if things do not work out as one had hoped...but it’s okay.” The tenor’s heartfelt long tones and the active rhythm section combine together to create an atmospheric work about a journey through life.

“Sway” is a medium-slow soulful strut that has Sirota creating an organ sound from his keyboard that adds to the sensuality of this rendition. “This one is what we call an adult tempo. It’s not easy to pull off a groove at this tempo because it’s easy to overplay. But these guys nail it.”

“Hush” received its name because it was originally a ballad but, ironically, this rendition recasts it as a medium-tempo high-energy piece. Reynolds takes one of his most expressive and swinging solos of the set.

“Stray Voltage” is a real change-of-pace, a free improvisation performed live in the studio before an audience. It blends together electronic sounds with acoustic instruments; Reynolds uses a delay pedal, and Gwizdala employs a slide to make his electric bass sound like a guitar. The quartet is so attuned to each other that it sounds as if it were worked out in advance even though the musicians had no idea what they were going to play beforehand.

“Resistance,” a ballad worthy of John Coltrane, builds in intensity while it progresses. Quartet concludes with “Closer,” a performance that begins as a whisper before building to a final climax.

Bob Reynolds, who grew up in Jacksonville, Florida, started on the alto before switching to tenor three years later. Early on he discovered Joshua Redman and Chris Potter who he still considers his biggest influences. After earning a degree from Berklee College of Music, he moved to New York and gained important experience working five years with singer-songwriter Jonah Smith and six with John Mayer. “That is some of my favorite work I’ve done. I love finding ways to fit into a band without being just the soloist, but using the saxophone in a supportive way.” He has also been an important part of Snarky Puppy during the past five years while developing his solo career.

Beyond his playing and composing, Reynolds is continually busy. He has been happily married for 12 years and has a six-year old daughter and a two-year old son. He runs an online school with hundreds of students around the world, produces recordings, classes and coaching through his Virtual Studio and has created over 140 vlog episodes on his YouTube channel, which has over 40,000 subscribers.

“It’s my never-ending goal to continue growing as an instrumentalist and a composer, and to create meaningful music that will reach and move listeners.” Quartet shows he is succeeding.

Scott Yanow, jazz journalist/historian and author of 11 books including The Great Jazz Guitarists, Jazz On Film and Jazz On Record 1917-76